What Is Doom Metal? 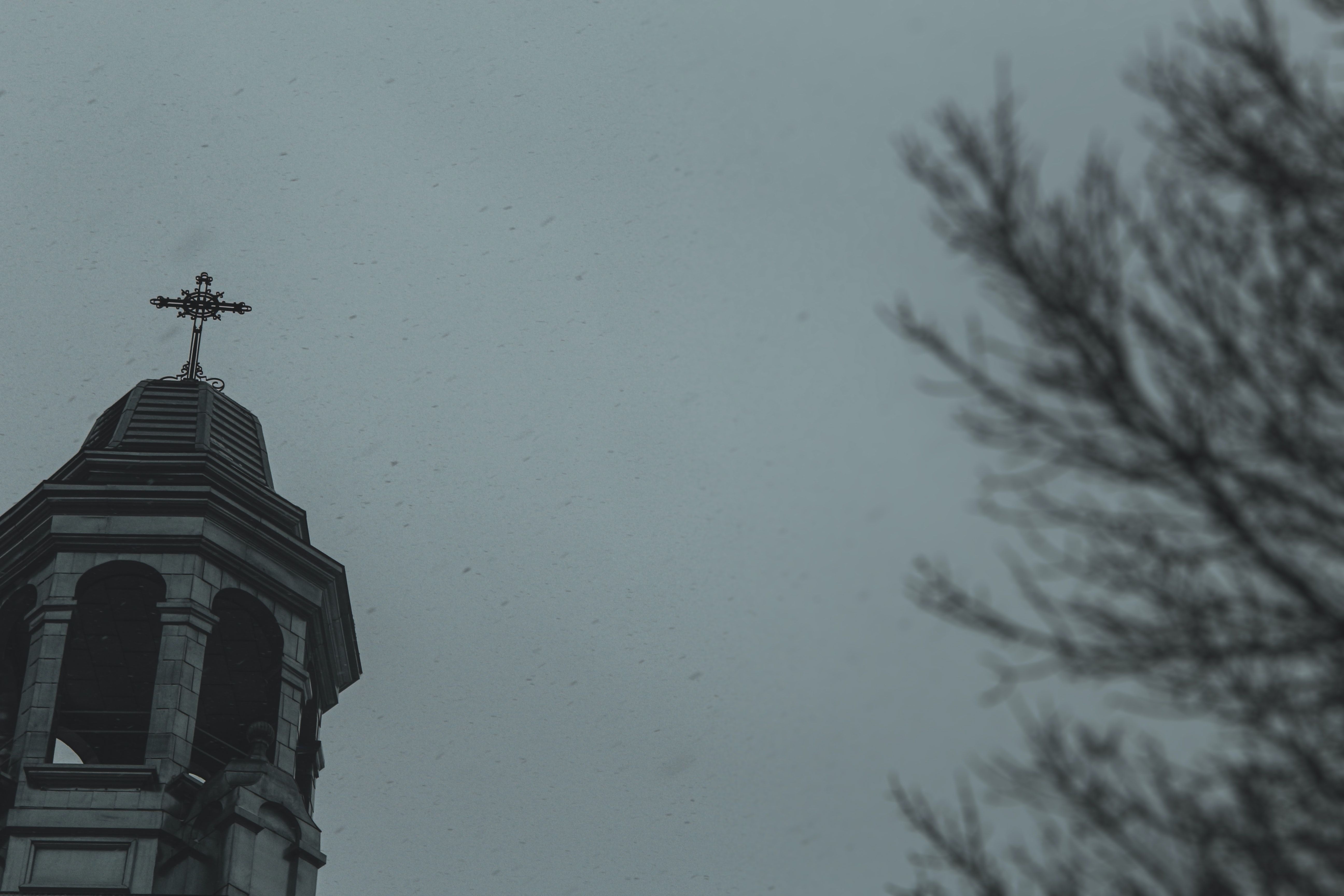 What better form of music to express the angst of today than Doom?

Interested in exploring the aching shadows of your musical self and listening to, or even playing, music that’s slow, low, hypnotic, and addictive, beautiful, maybe even soaring? Want a different approach to relate to what’s going on in the world instead of doom scrolling? Give Doom Metal a chance. You may want to add it to your entertainment
There are many sub-genres, one being Stoner Doom, which can become epic, galloping, and soaring, and doesn’t need to get stuck in one slow dirge rhythm. Many albums move between genres songs to songs, with Doom dominating in some, Stoner Metal, Psychedelic, Space, Shoegazing, Goth-Metal, Sludge, or Drone commandeering others. When Doom dominates one song, it will generally appear to some degree throughout the album.

Doom can deepen the range of your sound. If you play Stoner Metal and want to add some darker elements, for example, this article is a handy organization of a lot of resources.

The time is right. It could change your life. It lets the dark in.

To oversimplify — Doom Metal’s philosophy is that life can be awful, so you might as well fully get into that. Express it. Own it. Share it. Make the awfulness of this world deep beautiful, raw, and powerful. Down tune your damn guitar and Drop your fucking D.

Some Doom artists articulate profound existential philosophy, such as in this exquisite interview on Novutrefall by Manuel Knwell with members of the band Train to Elsewhere. “The pagan traditions are an archetypical part (in a sense that Carl Gustav Jung would describe it) part of our collective unconsciousness, our culture. In a way they have been repressed for centuries, thus leading to trauma. Our idea is to free those archetypes.”

You can be perfectly happy yet love Doom: it’s an exciting, glorious style of music to enjoy and get involved with and the musicians are multi-faceted dedicated artists. (People have never needed to be depressed to listen to Beethoven’s “Pathetique” or Dvořák’s “Largo.”) It’s artistic, poetic, even meditative, can be introspective or music to listen to as you do challenging work to help you through it without distracting you from concentrating. Or it can make a raucous racket and explode the neighbors.

The entertainment and socializing scene is changing, and we need to find new ways of connecting and expressing, finding our intersecting tribes of inclusivity, and working the shamanic connections between us. We find our ecstatic states where we can, even if it’s a dirge celebrating an imploding civilization.

Where does it come from?

Doom is widely considered to have originated with Black Sabbath, arising out of industrial dismal Birmingham, England in the early 1970s, though it wasn’t labeled until a decade later, and then the subgenre labels began to proliferate after another decade.

Sub-genres besides Traditional include Stoner and Drone, Death, Sludge, Epic, Gothic, and Funeral. Doom often wafts through Stoner Metal, Folk Metal, and Post Metal music; there’s overlap across genres. Such Hawks Such Hounds documentary describes the world of Doom and similar genres like Desert Rock, Noise Rock, and the history arising from Hard Rock. The Doom Doc focuses specifically on Doom. Sleep The Dopesmoker Story shows the history of a seminal band that also is instrumental in the Drone genre.

You can read about it in magazines like Decibel, Yell, Vibrations of Doom, Doom Metal Front, Distorted Sound, Metal Music Blog/Doom, and Secret Histories.

You don't have to be evil.

In spite of the labels, don’t worry: you don’t need to be into drugs to completely enjoy the music and scene. A large number of Stoner and Psychedelic bands dislike their genres’ labels because the music is about life.

And hey, you don’t even need to become a Satanist if you don't want to! Cool! Black Sabbath members certainly weren’t. Sabbath’s diminished fifth/augmented fourth hit a chord with Doom musicians, and you’ll find it to be ubiquitous now. The flat five interval, E5, and Bb5, for example, is considered Lucifer’s territory.

Fascinating: that core interval is called the Diabolus in Musica — the Devil in Music. In Medieval times, that dissonant combination of notes was not sanctioned. The tritone, three adjacent whole tones, was far too lustily dangerous.
YouTube’s algorithm is good at suggesting Doom once you get started, and there are various people on it who share music such as 666MrDoom , Stoner & Doom, The Bong Druid of Mammoth Weed Mountain, who has a Stoner Doom playlist, Heavy Stoner Doom Blues , Void Stoner Doom Worship.

Where can you find it?

Pandora has a Doom station that you can customize to your taste, and you can create your own station based on a song, album, or band that you like. And there’s Bandcamp Doom, Doom at Last, The Sounds of Doom Metal on Spotify.

Stoner Doom tops the Doom Charts. If you want an example of how Stoner Doom can expand beyond the most obvious simple form of Doom and how it can complete the range of emotions, try the album Refractions by Lowrider. The return of a band favored by many fans for a long time. There are other new albums as exciting, but it’s not a random recommendation: it topped the Doom Charts for 2020.

It made the air around my head scintillate, made my heart feel unable to stay inside my chest, made me feel like I was having an out of body experience, living in a miraculous revelation, and riding a mule fast into the sky. It made me cry from being so intensely beautiful in melody and intensely expressive in its voice. The shifting drum rhythms define reality in an authoritative way.

You’ll often find music that mixes the various genres even within one song — a tune may go on for twenty minutes of variation, especially once you get into Post Metal territory, which may traverse many soundscapes moment by moment and can even get fancy and Prog.

Doom tends to be somewhat minimal and repetitive. Musicians may sink into themselves and play their dissociative subconscious, or they may shout their muscular preparedness to die rather than be subjected to societal slavery. But you can make it as complex and experimental as you like, adding in unexpected folk instruments and psychedelic pedals.

How to start playing it?

If you want to start approaching the sound... focus on aggressive downstrokes. Crunch. Play power chords (root and fifth notes) or even better, inverted power chords. Go ponderously slow. Palm mute. Go heavy on the distortion and use effects pedals if you can. Chug.

A guitar and bass are ideal to jam, If your playing space allows the volume, include deep drums. But you can do it with any combination, including just two electric guitars. And obviously, you can play alone with headphones and get inside those compelling riffs from your favorite albums.

Dropping the sixth string in a guitar a whole tone from E to D is common, and in that case, D minor is a likely key. You can drop it as low as your instrument can take it. You have permission to bend the strings a lot, tapping, pulling, sliding, punishing them with creativity.

A song usually starts on the root note of the key. Doom relies on power chords at the low end of the guitar and on the three lower strings, open when possible. Focus on the power chords and on D, F, G, A, B flat, and C. Dmin is a mournful key popular with Stoner Metal as well. Pedal (drone) with the open D and dramatically return to that root note often, building up to it and drawing it out. The lowness of the note makes a statement about the world.

Learning about intervals can help you figure out what the magic is in their riffs that arise out of the jams to make your soul stand up and shimmer. Those incredible riffs are my personal favorite parts, and I’m happy to hear them repeated for many minutes at a time, celebrated for their neurotransmitter heaven.

When you find a riff that creates poignancy, the desire to feel that emotion again, and then again, don’t feel shy about keeping it going and playing with endless versions of it.

Blues and Minor Pentatonic scales are common, Chromatics happen. Hold the chords and notes as they reverberate, and if you can balance well enough to get good sound beyond power chords, add in breathtakingly gorgeous melodic riffs from time to time.

Some Doom features some voice, but that’s not necessary. If you sing, hold in energy so that you have a presence with impressive power backing up your words. You can be righteously strong.

When the major or minor third is included when the gain is turned up on the amp, it reverberates in an unpleasant way unless it’s carefully controlled with muting. Power chords sound much better with distortion than regular chords, as the sustain makes everything sound wrong. Really.

Relying on power chords that are easy such as in Drop D gives the guitarist a chance to sink into the depths of himself while he plays if he wishes, rather than being too technical and cerebral, especially with the slow speed. You may play the root and the third.

Sometimes play major and minor third diads one after the other. And that flat five tritone.

The blues scale, which is minor pentatonic plus the diminished (flatted) fifth, will serve you well. The modes (Phyrigian and Phrygian dominant, Dorian, Mixolydian, Locrian, and Aeolian, Lydian) are fair game too. Or, since it’s metal, you can do what you want and forget modes and scales and keys altogether and turn up the gain and use lots of pedals and yell and have a great time. Excellent.

Contrasting with that, the drums are slow, deep, powerful, leading the narrative, and some bands keep them relatively steady throughout. Rhythm guitars and picking speed can be steady for more straightforward Doom that portrays a consistent perspective on life throughout.

But other bands, the more Stoner Doom they are, shift the beats to carry you through a journey undergoing heroic struggles, exhilarating desert gallops, and ecstatic expansions into the sun. Doom doesn’t have to stay slow. It can also have multiple rhythms, with one very slow but others super fast.

Of course, there’s much much more to the style.

Orange amps are traditional; if you want to just play through headphones, you could get the Orange Micro Dark, which has high gain. Doom is doable for just one person alone in a bedroom. Marshall amps are conventional for high distortion as well.

Gibson Les Pauls and SGs are traditional as well, but of course, many other amps and guitars work quite well and the masters, journalists, and forum members make many suggestions.

Of course, there's vastly more to Doom Metal than this, but it's a start.