Music That Makes Me Make That Face: 1000Mods 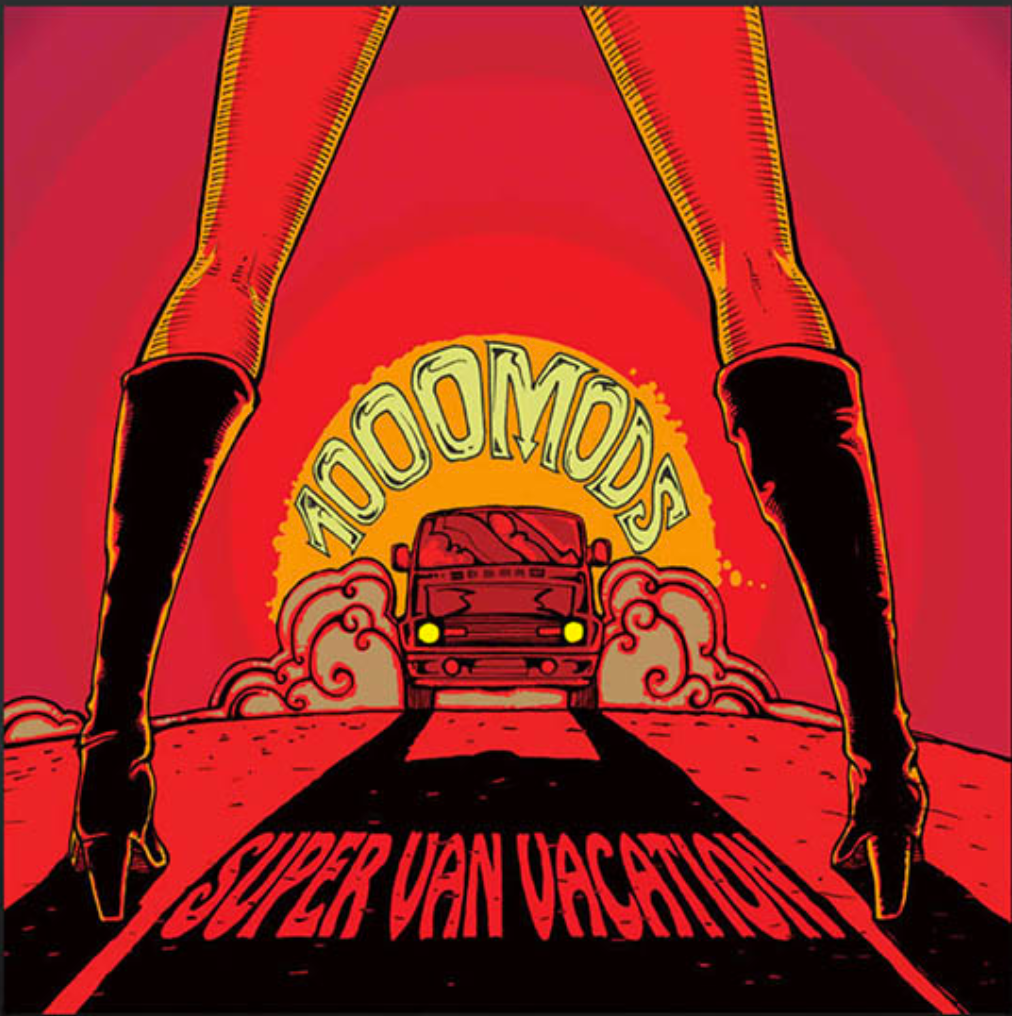 You know that face, right?

Listening to the explosively popular Greek band 1000Mods regularly Makes Me Make That Face. Listening to music is all well and good, but when it twists up your muscles, you know life is at its finest. This series of humble blog posts raises a toast to moments that do that to me. Do they do it to you, too?

1000Mods formed in 2006 and tours regularly. Doom and Heavy Space Rock show their influences in this energetic Stoner Metal band.

The 2011 album Super Van Vacation begins with the low stride of that woman on the cover, in my mind, her boots loud as she strides long-legged, towering, determined. Her drum-thigh muscles own the landscape. And as she strides, she keeps picking up a bit of speed and energy through the album so the authoritative drumming remains refreshing again and again.

Those are my legs when I'm striding across the basketball court with complete confidence and panache when I'm retrieving a ball that's rolling toward the players on the other side of the court. So, this album pairs perfectly with practicing shooting hoops and remaining the same person whether I get the basketball in the net or I don't. I'm still that woman on the album cover straight up. I walk that bassline. Whoever is shooting on the other end of the court sees me headbang while shooting, and every now and then, my lips doing that thing. Those drums!

"Vidage" 21 minutes into the album makes me make that face slightly when the lead guitar's beautiful repeated phrase begins, backed by the velvety instruments. It's a more tentative than the previous strutting songs, appropriate for the lyrics suggesting being lost, numb, driving in a dream, and a collage of situations of being outside and alone.

In "Track Me," at nearly thirty-six minutes into the album, the band is super tight. There are five descending notes that all the members gang up on together, which will cause headbanging, so watch out if you're listening while walking and don't want to fall into the cracks on the sidewalk. And that guitar phrase comes in nice and high, the beauties of the world are in full bloom, and my face curls up into a flower.

But it's not until nearly fourty-five minutes in at the moment when "Johny's" enters the scene with guns blaring that my face contortion levels up beyond that subtle nuance of the previous songs. The album heats up nicely.

When, around forty-nine minutes, "Abell" begins with that delicious bassline, there's no holding back my face. It's gonna do it's thing. When Dani the gritty singer yells Yeah, my pursed lips answer.